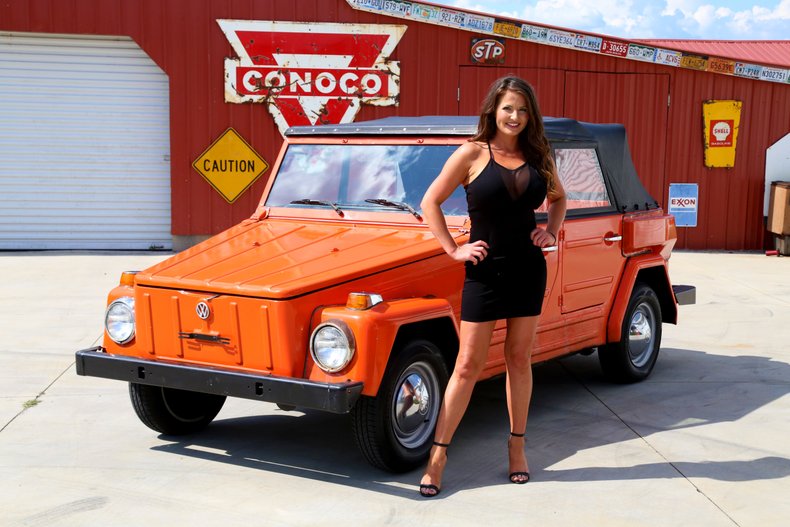 Up for sale we have a 1974 Volkswagen Thing. This is the Type 181 body style which is the Left Handed version offered by VW. 1974 was the last year it was offered here in the U.S. The one we have for you is done in the Coral Orange paint scheme that's accented by the Black Convertible Top. It has the steel wheel with the VW Hupcaps and Optimo Tire on the Corner. On the inside it's done in the Black Color Combination to complement the exterior scheme. The seats are in very good condition along with the covers. For the driveline it features the correct 181 AM Code 1600 Engine that's mated to the Four Speed Trans. If we can help you in any way with questions or a specific picture, you can call our office at (865)988-8088.

Thank you for your interest! We'll get back to you soon!